Tucked away into the western folds of the Aravalli mountain ranges, lies a small and little known reserve that is home to a large number of leopards. The Jawai Community Reserve near the town of Bera, is one of Rajasthan’s best kept secrets. Situated half way between Jodhpur and Udaipur, it is an unusual habitat. The Jawai river skirt along the edges of the Thar Desert, and here in Bera, it has been dammed, resulting in a wetland habitat that is truly one of a kind.

The leopard is not the only predator in this area. The Jawai lake has a population of some of the largest feral crocodiles you will ever see! While the leopards roam the hillsides and make the natural caves in the rock their lair, the crocodilians lurk in the water bodies of Jawai. The wetlands also attract several species of birds including cranes, flamingoes, ducks and geese – many of which migrate here for the winter to spend the colder months in Rajasthan. The forests that border the Jawai dam are scrub and thorny brush, interspersed with local cacti. It’s a stark and beautiful landscape, perfect for spotting animals in the wild and reconnecting with nature. 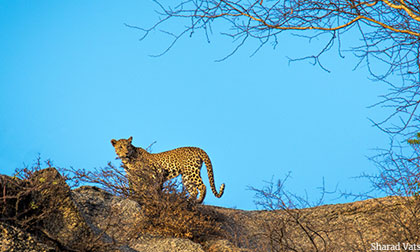 Bera and Jawai are situated in western Rajasthan, between Jodhpur and Udaipur, close to the town of Ranakpur, which is famous for some of the oldest Jain temples in the world.

Topography: The forest is a maze of thorn, scrub and brush that flourishes on the banks of the Jawai river and around the dam. Situated on the western side of the Aravalli mountain range, the landscape is rugged and undulating.

In Season: One can visit Bera and Jawai year round.

Jawai is not a protected wildlife sanctuary. In this particular area, the leopard cohabits with the villagers, nomadic Rabari tribals, and other animals. Yet, no man-animal conflict has ever been reported to date.

The Jawai region is home to one of the highest leopard densities in the world. Leopard conservationists from across the world have come here to see these beautiful felines roam the rocky escarpments and thorny brush forests along the Aravalli range.

The Leopard is the primary mammalian predator in Jawai. These beautiful creatures live in close harmony with nature and village settlements. Their territory spans the rocky outcrops of the Aravallis, the natural caves in the rock formation becomes the perfect lair. Other carnivores include Jackals, Foxes and Sloth Bears.

Jawai has plenty of primates, particularly the black-faced monkey and the hanuman langurs, which form a large part of the leopard’s prey base. Porcupines and Nilgai (Indian Blue Bull Antelope) can also be spotted quite regularly.

Jawai’s lake is the perfect roost for several birds. Several species of migratory birds make their way to Jawai during the winter. Ducks, geese, cranes and even flamingos are easily spotted here.

Game drives by jeep – the forest department does not have their own vehicles in Bera, so your game drive is operated by your lodge.

Village and temple visit – The local temple is worth a visit and its notable that the leopards never harm priests or pilgrims. 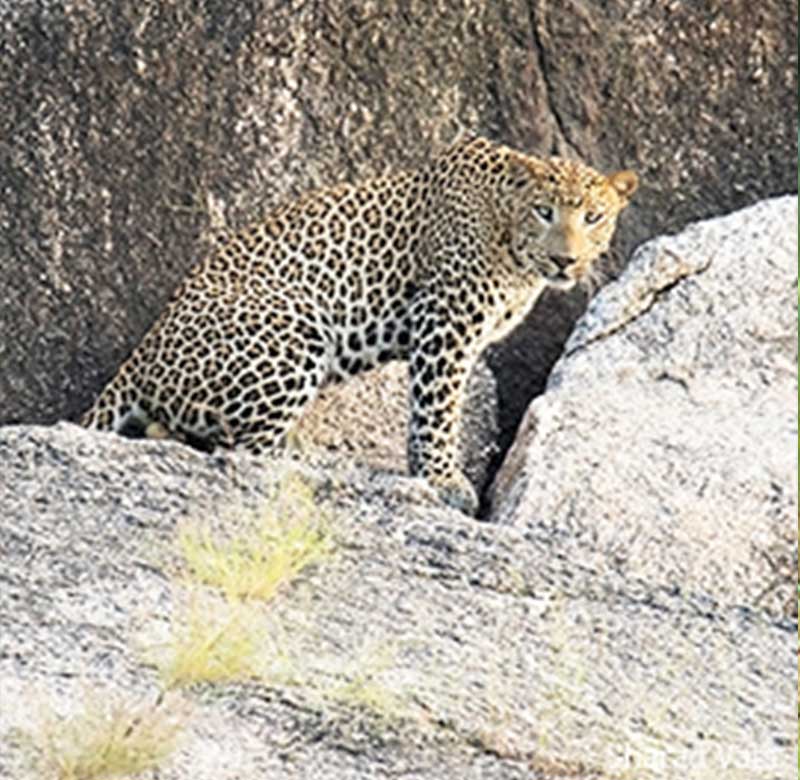 The best time to visit is between November and February. The weather is crisp and cool and you can see the migratory birds in January and February as well.

Like most parts of Rajasthan, the weather can be very extreme. The summers are scorching hot and temperature soar in April, May and June into the high forties n centigrade (over a 100 degrees Fahrenheit). Winters can be very cold, and temperatures can easily drop to zero degrees centigrade (in the low twenties in Fahrenheit) and frost is not uncommon especially in the early mornings. The rains usually fill up the Jawai dam and river between July and September.

what we love…barefoot luxury, an ecofriendly approach and well trained naturalists make this a terrific luxury option.

what we love…the sense of heritage and intimacy. This palace of the former royal family has only five rooms that it offers to guests.

what we love… this tiny camp with just four tented units is wholly focused on environmental sustainability and has a strong conservation ethos.

A good zoom camera is recommended to view and photograph the leopards here. Local trackers go out early mornings to track the movement of the leopards and then the guests follow. If you are interested and time permitting, you can visit the local village and see a typical day in their life.

The Jawai Dam is also home to some of the largest crocodilians in India! Largely undisturbed, these enormous carnivores lie in wait for herbivores and other aquatic creatures.