At the foothills of the Himalayas, where India borders on Nepal, a wide band of wilderness cuts a wide swathe across North India. This is the Terai, a unique habitat of grasses, scrub, dense Sal forest, and swampy marshes that are a superb breeding ground for several species of wildlife.

Dudhwa Tiger Reserve is situated in the heart of the Terai, and is home to several of India’s best known and highly endangered creatures including the tiger, the one-horned Indian rhino and the Asiatic elephant.

The Terai is an extension of the Duars in the north east of India and is dissected by several large Himalayan perennial rivers, which leave rich alluvium deposits behind as they flow through the forest, making this a lush and verdant habitat. Today, Dudhwa National Park, along with Katerniaghat and Kishanpur Wildlife Sanctuaries, make up the Dudhwa Tiger Reserve.

Pilibhit Tiger Reserve is also in a striking distance from Dudhwa. It forms a contiguous forest with Kishanpur through Malani range. So Dudhwa, alongiwth Katarniaghat, Kishanpur, and Pilibhit is a good 5 nights destination. One must be aware that this regions is not for the first timers to Indian Wildlife. If you are more keen on sightings Tigers then the other celebrity parks must be visited and not Dudhwa. The area has enough Tigers, but it is a dense habitat hence the sightings are not so frequent. Nevertheless this is one park for a true wildlife lover as the flora and fauna of this region is matchless.

There are two gates for tourism currently, and both are quite close to each other. Gate / Zone no 1 takes one to Sonaripur, and Salukapur area, while Gate no 2 takes one to Sathiana range. To do the Rhinos one must take the Gate no 1 as their protected area is in Salukapur. You get atop an Elephant and enter the protected electric fenced area of about 30 sq kms. You cannot do Jeep safaris inside the area as the habitat is not conducive for same due to tall elephant grass and also as they do ot wish to disturb the Rhinos in the area by vehicular movement. The habitat is grassland, densely wooded area, and also riverine bed. Hence a perfect Rhino area. Interestingly, this area is also home to some Tigers now. Tigresses find this area very safe to bring up their cubs. There have been sightings of Tigresses and Rhinos in the same frame as well, a rate natural history moment.

Very unique to Dudhwa is the Watch Tower experience. There are some beautiful spots close to the water holes, where the watch towers are made. Not only they are good from birding point of view, but from the top you can sight the Elephant herds, Otters, Swamp Deers, other wildlife including Tigers. 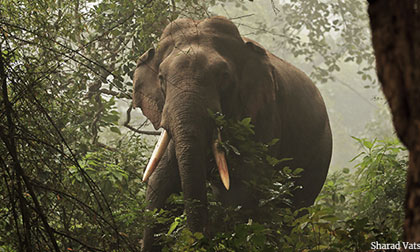 Dudhwa is situated in Lakhimpur-Kheri district, which lies in the center of Uttar Pradesh, on the Indo-Nepal border.

Topography: The park is a blend of tall grassland, dense forest of indigenous trees such as Sal, Shisham, Jamun, and Gular, and large tracts of swamp and marsh that lie at the foothills of the Himalayan and Sivalik mountain ranges. The park’s lush greenery is fed by six perennial rivers that course down from the Himalayas and which leave rich tracts of alluvial soil in their wake.

Dudhwa was the stamping ground of one of India’s first and finest conservationists, Billy Arjan Singh, who spearheaded the initiative to regenerate the tiger and leopard populations in Dudhwa. He also did a successful experiment of introducing a hand reared Tigress to the wild. He was given a zoo born cub, whom he gradually introduced into the wild. She was popularly known as Tara. He also introduced three Leopard cubs, Juliet, Harriet, and Prince into the wild. Billy as he was popularly known spent his life in conserving the wilderness of Dudhwa.

Dudhwa is one of the last few natural habitats left for the One-Horned Indian Rhino.

During March-April 1984 six rhinos were captured near Pobitara Wildlife Sanctuary in Assam. Of these one died at Guwahati Zoo and the rest, two males and three females were translocated to Dudhwa. At Dudhwa, the animals were kept in stockades and then released. Of the five animals, one female died of stressful abortion before she could be released. The first batch of animals was released in Dudhwa on 20.4.1984. The large male was held back until the others had settled and released after radio collaring a few days later. Another female died on July 31, 1984 after a bid to tranquilise her to treat a wound. With only one female and two males left, an urgent need was felt to translocate some more rhinos. The collaboration of the Government of Nepal was obtained in the exchange of four young adult female rhinos for sixteen elephants. The rhinos captured from near Chitwan National Park in Nepal arrived in Dudhwa in April 1985. Thus these seven rhinos, two males and five females made up the seed population.

The first evidence of breeding in the reintroduced population was detected under unfortunate circumstances when the remains of a newly born calf were discovered in a patch of tall grass in August 1987. The first successful calving occurred in early 1989. This was followed by three more calves in the same year.
Dudhwa has also seen the resurgence of feline predators and a rare species of hare called the Hispid Hare.

Tigers and leopards are the active carnivores in Dudhwa. Sloth bears, jackals, fishing cats and jungle cats are some of the other predatory creatures that are found here.

The primary herbivore is the one-horned Indian rhino. The rhino is a heavily endangered species and this is one of the last places in the world, where one can find these wild beasts. Dudhwa is also a stronghold of several species of deer, most notably the barasingha, the hard-ground swamp deer. Barasingha are heavily endangered and Dudhwa has one of the largest populations of these delicate creatures. Dudhwa has also become home to some Asiatic Elephants who used to visit Dudhwa regularly from across the border but gradually adopted Dudhwa as their home.

Dudhwas swamps and marshes are ideal wetland habitat for a large variety of birds. Over three hundred and fifty species of birds inhabit the park, and several more migrate here for the winter. The Bengal Florican is one of the most sought after species by bird lovers, while other rare and unusual birds that have been sighted here include the rare white-rumped vulture. Teals, woodpeckers, orioles, cranes, drongos, bee-eaters, bulbuls and many more species can be found in the hundreds in this wilderness.

Elephant Safaris – Explore the jungle on elephant back 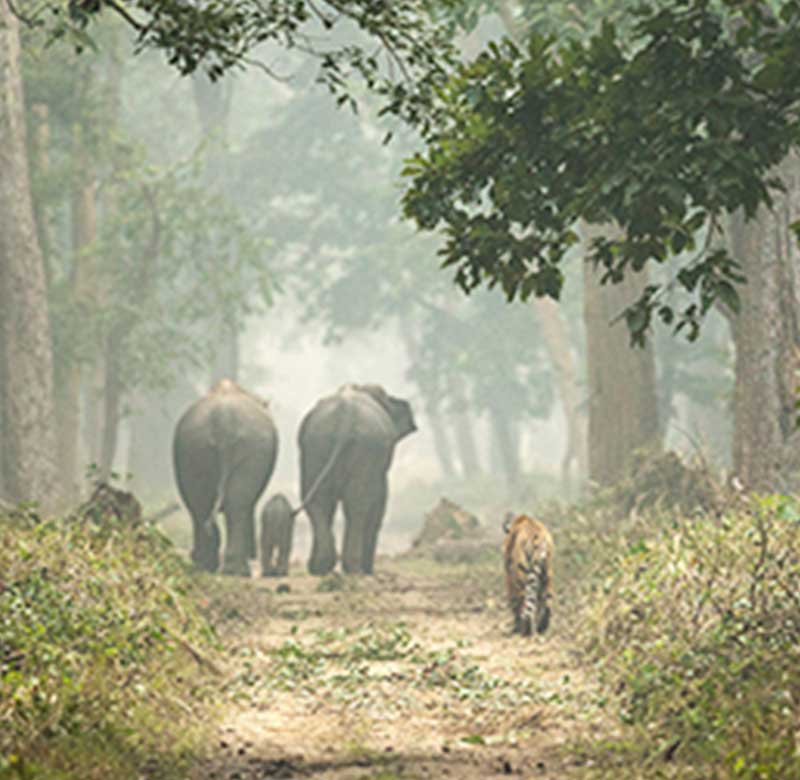 February to April are the best times to visit Dudhwa.

what we love…This is a large and spacious lodge with a homely atmosphere and warm service.

what we love… this tiny camp with just four tented units is wholly focused on environmental sustainability and has a strong conservation ethos.

what we love…it’s ecofriendly and sustainable approach, and that it is located on the border of Kishanpur Wildlife Sanctuary, which is about 30kms from Dudhwa.

A rare park where it is possible to see the Elephants, Rhinos, Tigers, Crocodiles, over 450 species of birds, Otters, Sloth Bears. The park is surrounded by sugarcane fields, borders Nepal and in close proximity to a small town called Palia. This park has the distinction of being the first park where legendary Billy Arjan Singh introduced a hand reared zoo Tigress successfully into the park. To enjoy this park in its entirety stay in the forest rest houses is a must. The Sonaripur and Sathiana Rest Houses are the best places to stay.