Tucked into a corner of Eastern Rajasthan, the of Keoladeo Ghana National Park in Bharatpur, is a birding paradise.

One of the best-known zones for rare and beautiful avifauna in South Asia, it’s a densely forested area in a part of India that is otherwise sparsely vegetated. Dry deciduous forest and grassland are interspersed by shrubs and small trees. Over a third of the park is a marshy wetland that is the roost for several indigenous species of birds and is also the winter home for several migratory species, most notably those from Siberia. The park has over three hundred and seventy-five species of flora and its natural biodiversity is rich and varied. It’s also a home to several reptiles, most notably the python. Several smaller carnivores and herbivores also inhabit these forests.

This park is somewhat unique in India as it can only be visited on foot, you may cycle or hire a cycle-rickshaw. There are several walking trails and paths, which make for scenic treks and gorgeous bird sightings. In winter one can do a boat safari provided there is enough water in the sanctuary. For people who enjoy walking, and birding, this sanctuary is a paradise. You can stop at any point, wait as long, and shoot as much as you like. Watching the sunrise and sunset within the sanctuary is an incredible experience. 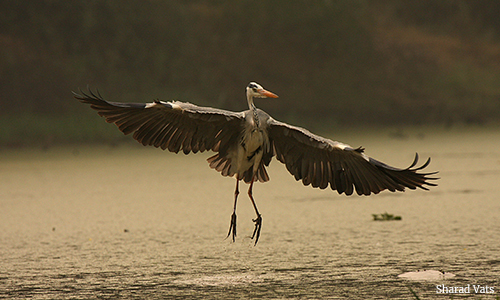 Keoladeo Ghana is strategically situated in Bharatpur in eastern Rajasthan. It is located en route from Jaipur to Agra.

Topography: The park itself is small, at only 29 square kilometers, but is thickly forested with a wide variety of vegetation. Swamp, grassland, woodland and wetland form a fascinating tapestry across this gently undulating terrain. Monsoon f loods the park creating a series of shallow water bodies, which then dry up as the dry season progresses, until the next rain shower.

The park is named “Keoladeo” for an ancient Shiva temple that lies within the “Ghana” – which means “dense forest”.

The park shot to fame as being one of the very few natural habitats in the world where one can see the elusive Siberian Crane. Today, numbers have dropped, and sightings of these beautiful birds are very rare.

Birds of a feather flock together. This adage has never been more true than here, in Keoladeo Ghana National Park. One can literally see flocks of birds for as far as the eye can see. This is one of the most prolific birding areas in the entire world, and ornithologists and photographers flock here from across the world. Waterfowl such as ducks and geese make up a large proportion of the bird population. From common species like the bar-headed goose to rarer varietals like the Baikal Teal, Bharatpur is a birding hotspot unlike any other. The park is especially famous for its cranes, including the Siberian Crane, the Demoiselle Crane and the Sarus Crane. Herons, darters, egrets, rollers, can be found just about everywhere.

While its mammalian carnivores include small jungle cats, jackals, civets, mongoose and hyenas, the main predators in Bharatpur are its raptors. There are several species of owl, eagle, harrier, falcon, buzzard and vulture to be found here, including some that are extremely uncommon, such as the Eurasian Griffon and the Cinereous Vulture. A large prey base of fishing, including some species that breed here, make it an excellent habitat for fish- eating birds of prey.

Keoladeo Ghana is a terrific habitat for herpetologists. One can often spot pythons basking in the winter sun, while the forest are also an excellent breeding ground for vipers, kraits, and cobras. The large water bodies make it perfect for turtles and frogs to thrive and spawn in large numbers. Lizards, particularly the larger breed of monitor lizard, are also commonly sighted.

Hikes and treks :the park is full of beautiful forest trails that you can walk down and take in the bird life

Bicycling:You can take a bicycle ride in the park along designated routes

Cycle-rickshaw Safaris:Since polluting vehicles are not allowed in the park, you can go on a safari through the forest in a cycle-rickshaw.

Bird Photography Walks:Keoladeo Ghana is a bird-lover’s paradise and a guided bird walk with a naturalist is an absolute must. It’s also terrific for photographers. 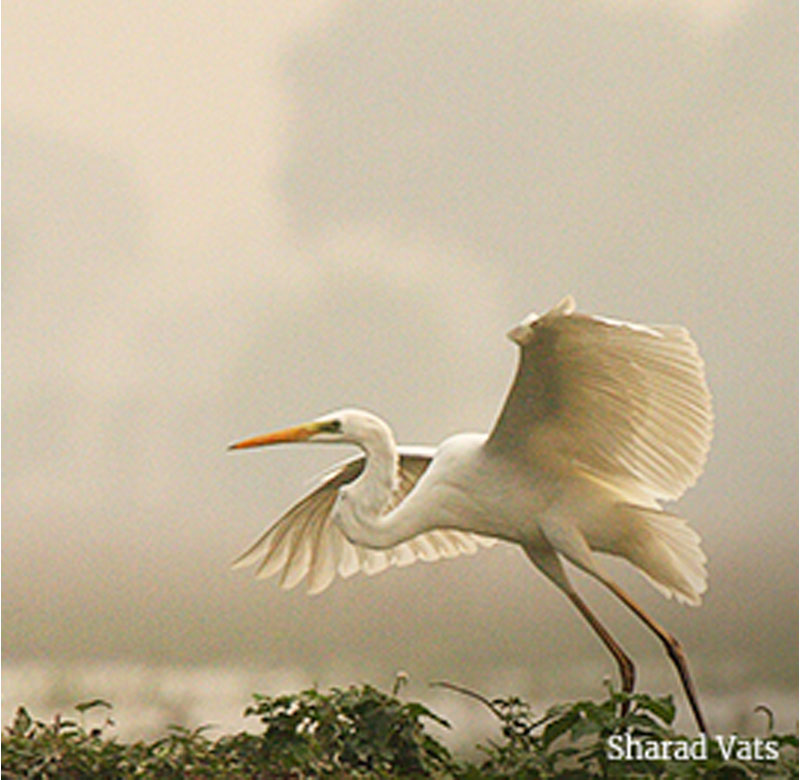 The best time to visit the park is during the winter months between mid- December and end-February, to see the migratory birds come to their winter roosts.

What we love… the setting of the hotel is in a 200 year old garden! The peace and tranquility is lovely.

What we love…it is a historic property that was built by members of Emperor Akbar’s court. Old world charm takes you back to a bygone era.

What we love…antique furnishings and period charm give this former palace a lovely ambience.

What we love…antique furnishings and period charm give this former palace a lovely ambience.

What we love… a simple, comfortable and charming lodge situated in in a very serene ambience.

It is best advised to carry a scope to see the birds, else we will provide you one. Keoladeo is an ideal place for Bird photography. Ducks in water, storks and cranes landing or taking off in dozens, herons in the nests, raptors with prey in their beaks, if you have patience you will get some unbelievable opportunities to click some rare images. All the cycle rickshaw drivers are expert birders as well. All of them carry the Bird books, binoculars, they are well-versed with the local and scientific names of the birds as well.

Visiting Bayana and Bund Baretta for birding is also an option one can explore. Dhaulpur is about 1.5 hour drive from here.