A dry deciduous forest stretches east from the jungles of Kathiwar-Gir in western India, to edge into the jagged ravines of Central India that have been honed out of rock by the Chambal River. Rugged and dramatic, this unusual landscape creates a unique marine biosphere for some of very rare aquatic species, including the Gangetic Dolphin, the Gharial (crocodile), and the Red-Crowned Roofed Turtle. The National Chambal Sanctuary is situated at the juncture of three states – Madhya Pradesh, Rajasthan and Gujarat that creates a very different kind of ecosystem of ravines, coves, inlets, and even small sandy beaches that form on the banks of the Chambal River.

The forest along the Chambal’s banks is a variegated mix of vividly beautiful indigenous species including Acacia, Flame of the Forest, Indian Elm and Indian Plum. The river also attracts a vast number of birds – both resident and migratory, and it’s listed as an Important Bird Area (IBA). Areas like Bah, Dhaulpur, Chashme Shahi and Urmila Sagar are biodiversity hotspots where you have an excellent chance of viewing avifauna like the Indian Pelican and Sarus Crane. 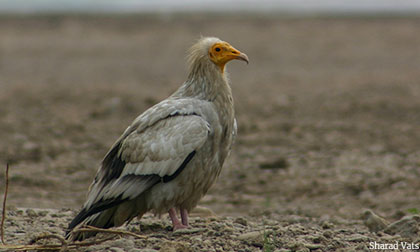 The National Chambal Sanctuary is 5400 square kilometers of natural habitat that is located at the junction of Rajasthan, Uttar Pradesh and Madhya Pradesh. The biosphere spreads across all three states. It is situated between Agra and Gwalior, in Dholpur in Madhya Pradesh.

Topography: The Chambal River is a tributary of the Yamuna river. It descends from a watershed in the Vindhya mountain range, and its left bank is flanked by craggy escarpments that have been hewn out of the Vindhya mountains. Scrub, shrub and grass for an intricate web of forest along its riverbanks that are richly nourished by the Chambal’s alluvium. The Chambal forces its way through deep gorges and earth erosions caused by its flow. This rain-fed river is even older than the Ganges and the Yamuna, and is one of the most ancient rivers in India.

January to December and can be visited year-round.

The National Chambal Sanctuary is situated close to the town of Bateshwar, and is just an hour south of Agra. Bateshwar is home to an incredible and ancient complex of a hundred Shiva temples!

Several very rare species inhabit these waters, the most unique of which is the Indo-Gangetic Dolphin. Very few natural habitats survive for this delightful freshwater creature and the Chambal is one of them.

The National Chambal Park area supports both the mugger and the gharial crocodilian species – which are the two main predators. It is also home to several monitor lizards, eight different species of freshwater turtles, smooth-coated otters, and the heavily endangered Gangetic river dolphins

Besides the crocodiles that inhabit these waters, the other carnivores include the Indian Wolf and the Striped Hyena. Golden Jackals, Jungle Cats, Civets, Bengal Foxes and mongooses also make their home here. There are also several birds of prey including eagles and vultures that feed on a prey-base of rodents and fish.

The banks of the Chambal are a super habitat for various birds. From terns to pochards, harriers to owls, Sarus Cranes and the Greater and Lesser Flamingos, there’s a wide range of avifauna that comes to roost here. Several of the migratory birds that can be seen here during the winter months, come from the far reaches of Siberia.

Game drives by jeep – /strong> the forest department does not have their own vehicles in Panna, so your game drive is operated by your lodge.

Boat safaris – take a boat ride down the Ken river and watch the crocodiles and several species of water birds. Several animals also come down to the river for a drink.

Village and temple visit – Bateshwar is home to one of India’s most authentic cattle fairs, which takes place every Novemer, and it gives you a glimpse into life in rural India. You can also visit the magnificent temple complex that has over a hundred temples dedicated to Lord Shiva. 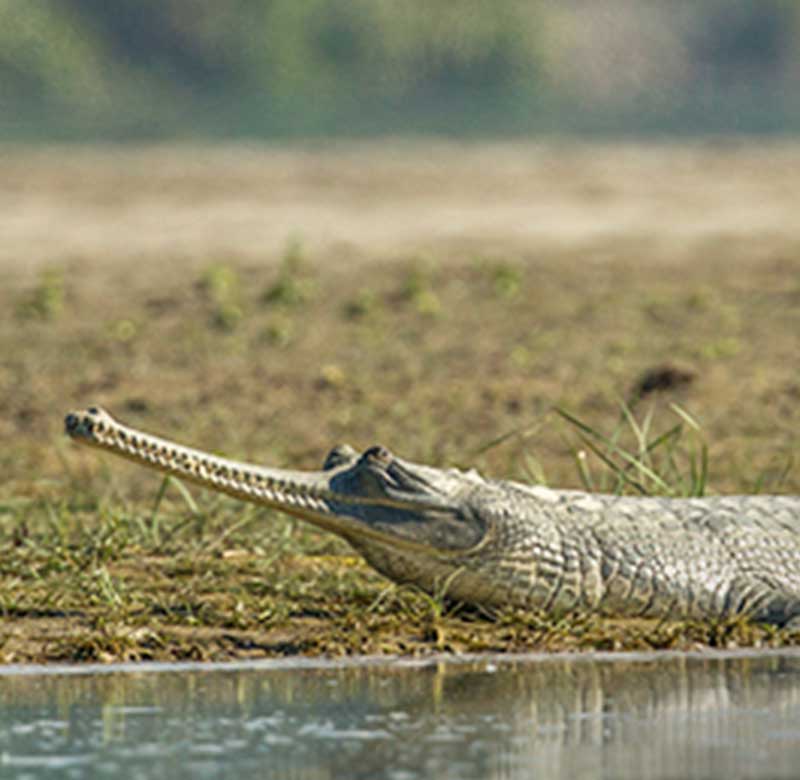 The best time to visit is between November and February. The weather is crisp and cool and you can see the migratory birds in January and February as well.

The Chambal Safari Lodge: what we love…the quaint “kothis” or cottages are full of rustic, local character and have a distinct charm.

A boat safari is a must over here. Chambal is home to Gharial, crocodiles and Gangetic Dolphins too. It is important to know the correct season during which you can view these species at their best.